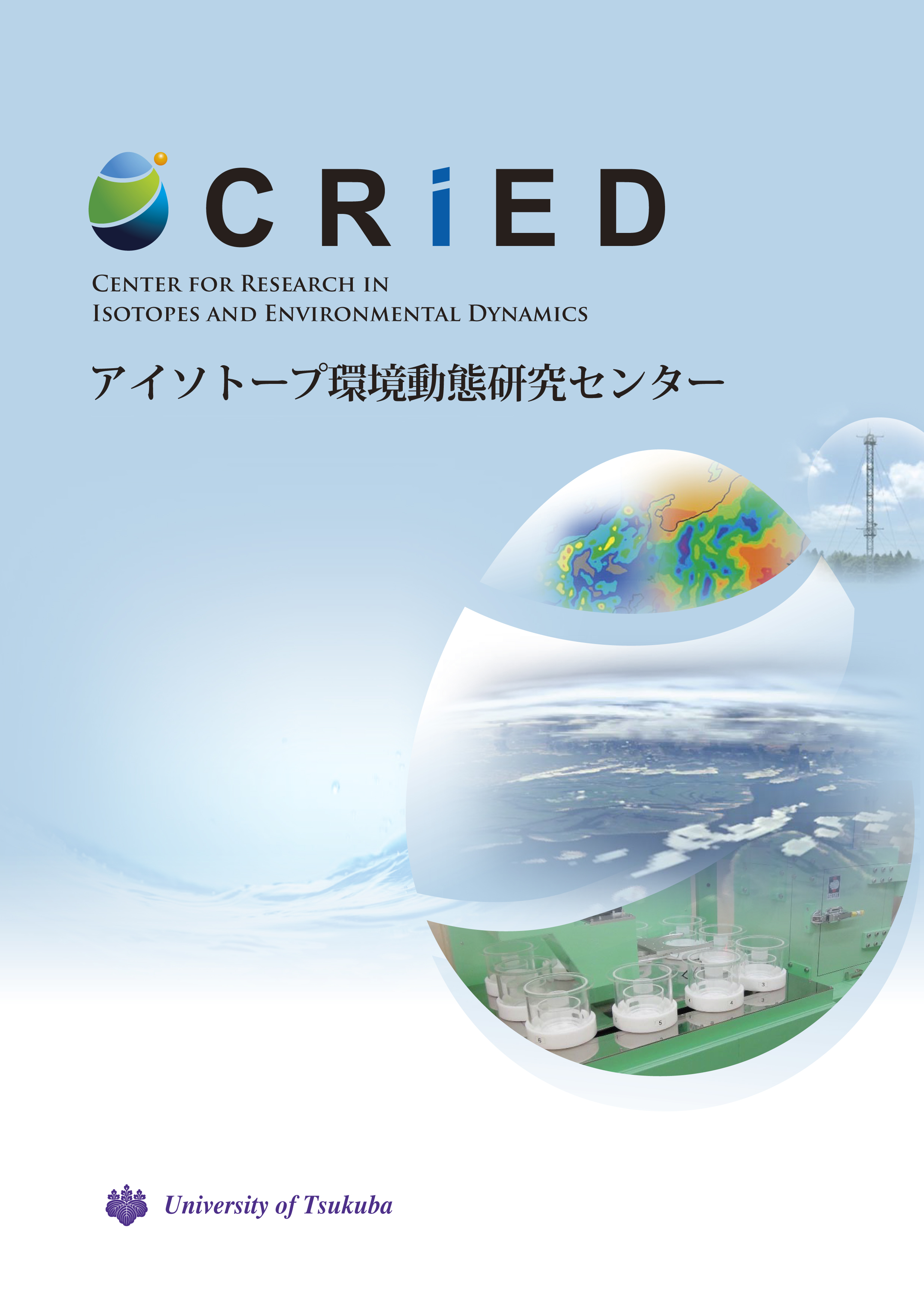 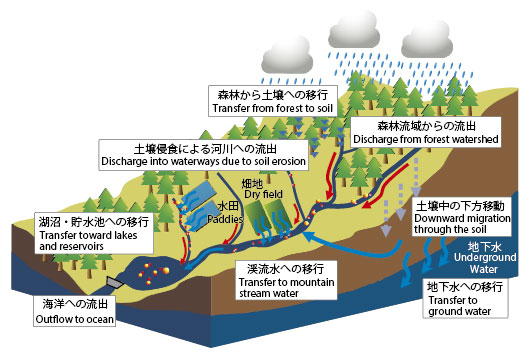 Transitory states of radioactive substances in the environment

Transfer of radionuclides in forest environments 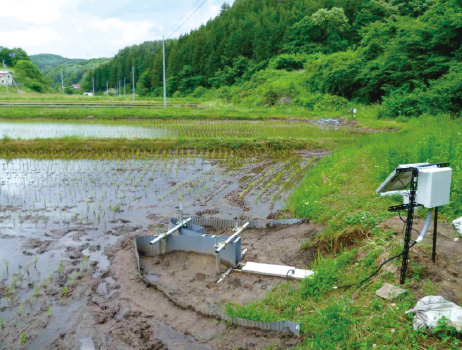 Radionuclides deposited on the land surface transition into the wider environment together with soil particles. This department aims to develop techniques for predicting transfer of radionuclides in a wide range of environments wherein various spatial information and monitoring data of soil erosion are integrated using geographic information system (GIS). Using this method, parameters are estimated for the transfer of radionuclides accompanying soil erosion and sediment discharge on the basis of numerical modeling.

Long-term predictions for transfer of radionuclides through waterways 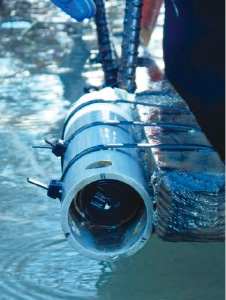 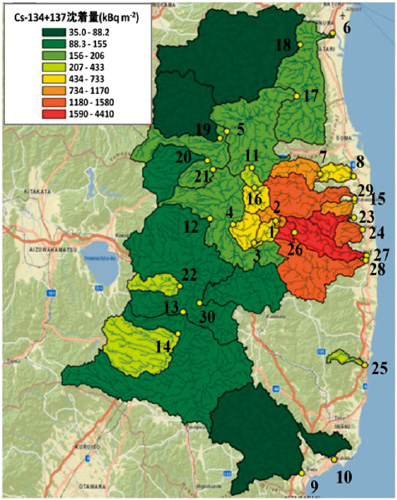 Radionuclides that accumulate on earth’s surface spread downstream through waterways together with water, soil, and sediment, and eventually flow into oceans. The dispersion of radionuclides through waterways is directly connected with land-use policies, which in turn are designed to provide assistance to residents of that watershed.

This department aims to develop models capable of performing such long-term predictions for Fukushima Prefecture and for the surrounding waterways by measuring the concentration of radionuclides in water bodies in both normal and flooded conditions.

Our aim is to develop a timely solution for addressing the effects of the Fukushima Daiichi nuclear accident through coordinated efforts with foreign and domestic research institutions that have accumulated observational data regarding the transfer state of radiocesium originating from incidents such as the Chernobyl nuclear disaster.

In addition, by enlisting the help of the International Atomic Energy Agency (IAEA), we are able to contribute to the prevention of such accidents by providing technical assistance in formulating policies associated with each of the various ministries. Such measures can improve Japan’s radioactive substance monitoring capabilities to world-leading levels.